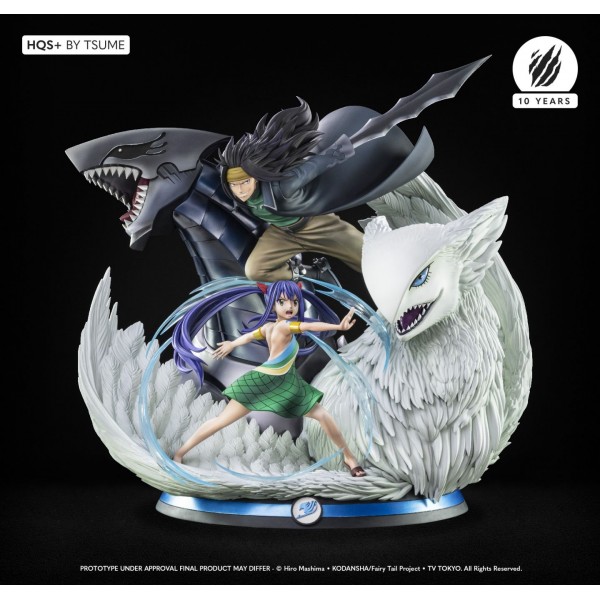 fter Natsu Dragon Slayer HQS+, the other two first-generation Dragon Slayers, Gajeel Redfox and Wendy Marvell, team up to defend Fairy Tail! Thus, this ¼ HQS statue pays tribute to the powerful ties that bind the Slayers to their Dragon but also the members within the guild! With their opposite temperaments, these two lucid Dragon Slayers, present another thing in common: the need to protect their loved ones at all costs!

Thus, we see the Iron Dragon Slayer leaping to attack, his long black hair usually slicked back, founding themselves thrown into the air. Gajeel wears his long-sleeved black tunic concealing his tattoos, his wide whitish trousers belted at the waist folded into his black studded boots, and a brown glove paired with studded bracelets: an aggressive style that perfectly matches his personality. Looking at his face, we can distinguish the many piercings on his nose, his chin and especially those that serve as eyebrows, highlighting his murderous look. The Dragon Slayer's red eyes with black split pupils and sharp smile resemble those of a predator ready to melt on its prey.

Indeed, although he has softened since his arrival in Fairy Tail and forged ties with Wendy, the one who was known for his cruelty and his steel heart, keeps his pronounced taste for combat. The delighted and determined expression on his face as he goes on the attack reminds us that while his thirst for victory remains inextinguishable, he dedicates himself body and soul to his guild, ready to take all the risks to defend his allies. Mastering Iron techniques, we see the Dragon Slayer using his Iron Dragon's Sword attack to destroy any enemy, alongside Wendy. With his left hand, he creates an Iron sword with sharp spikes that can turn into a chainsaw, if necessary! Behind him is his foster father, Metalicana, the Iron Dragon, who passed on its knowledge and the magic of the Iron Dragon Slayer. This huge dragon with skin and metallic look in shades of steel and dark blue has the appearance of a robot. Roaring wide open, we notice that its fangs are more like rows of an Iron shark teeth, very effective at shredding any type of prey. Alongside its worthy heir, it recalls the ties that unites them, although Metalicana disappeared on July 7 of the year X777, like Igneel and Grandeeney.

In the foreground is Wendy Marvell, the Sky Dragon Slayer, who was raised by the Sky Dragon Grandeeney, from whom she inherited the magic of The Sky Dragon Slayer. This beautiful Dragon with shades of white and sparkling colors, big sky blue eyes and wings resembling those of the Exceeds, reminds us of the indestructible ties that unites the two characters. Thus, Grandeeney, by wrapping its adopted child with its big wings, seems to offer its protection, strenght and confidence.

Thus, although sensitive, shy and reserved in nature, Wendy shows immense courage and temerity when her guild and allies are in danger. She is seen here in her green, yellow and blue backless dress held by a gold ring at her neck and her brown sandals. She wears her gold bracelets at arm level, the one on the right highlighting her blue tattoo, representative of her guild of belonging. Her two red wing-shaped bows holding her two long brown braids, her two big brown eyes as well as her ingenuous face cannot to conceal the power of her attack. Controlling the atmosphere, Wendy forms the Sky Dragon's Wing Attack, concentrating the air in translucent violet resin at her arms to violently attack both sides at once, a technique she would have learned by observing Natsu.

Supported by the force transmitted by their respective Dragons, Gajeel and Wendy definitively make their guild untouchable!

The statue comes with a numbered plate and a certificate of authenticity. 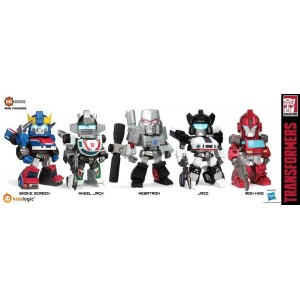 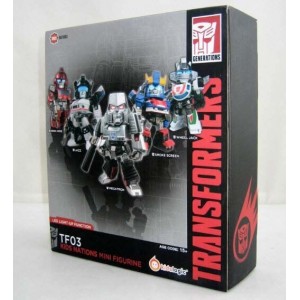 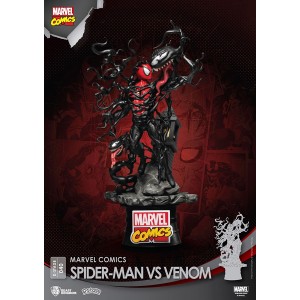 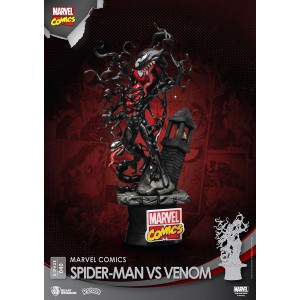 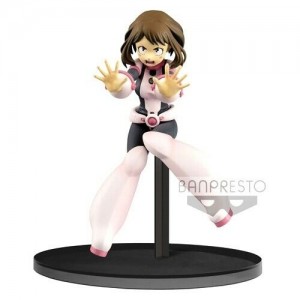 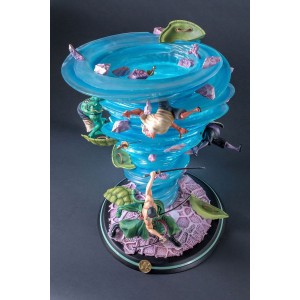 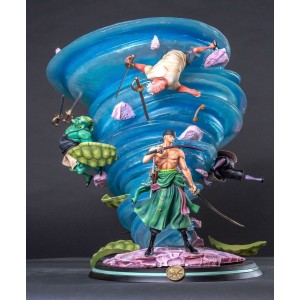 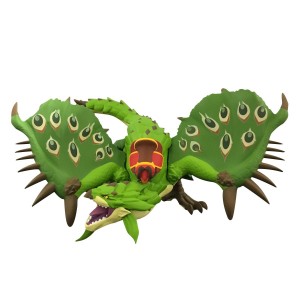 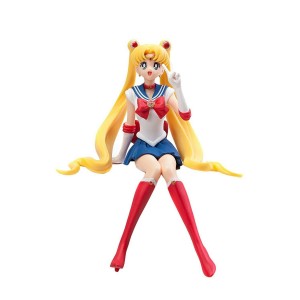 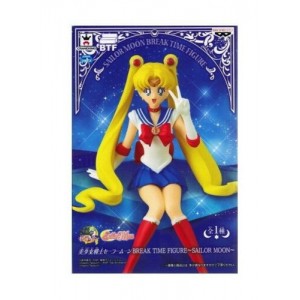 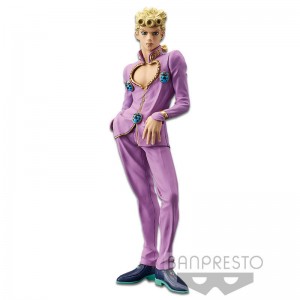 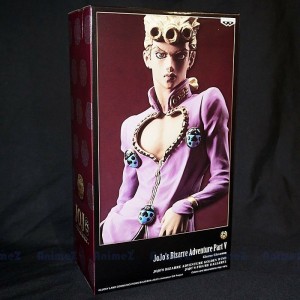 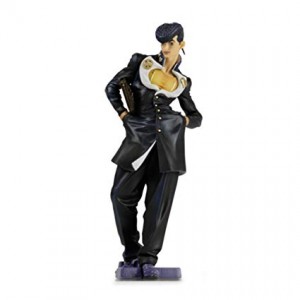 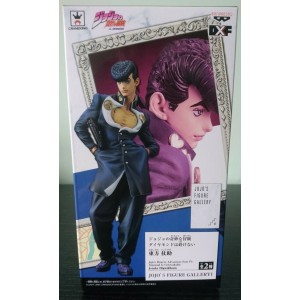 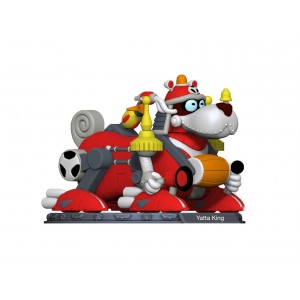 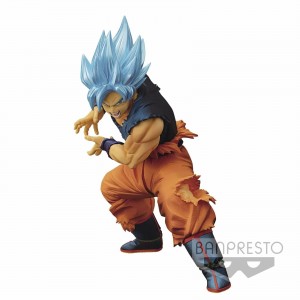 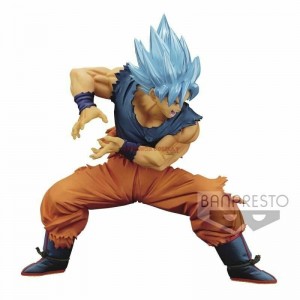 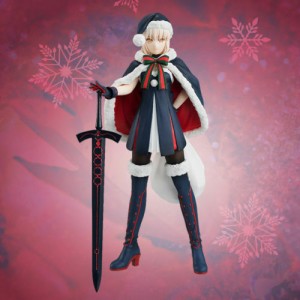 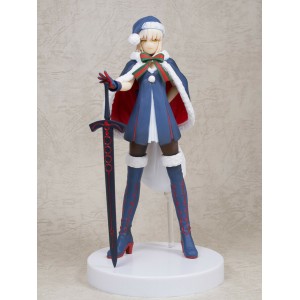 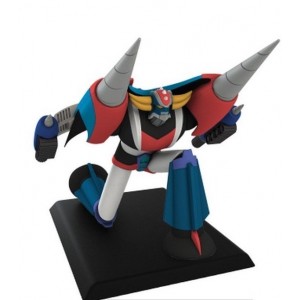 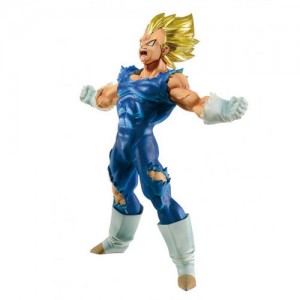 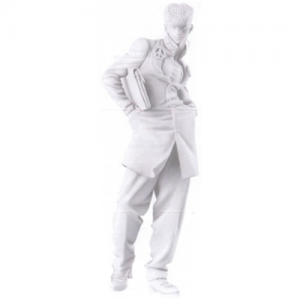 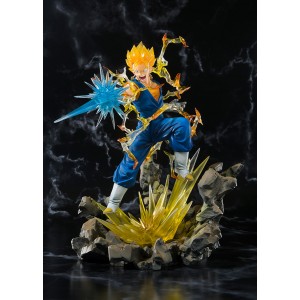 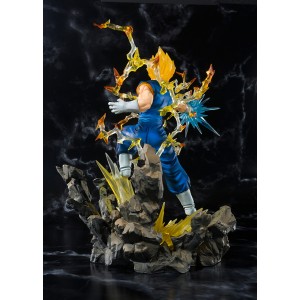 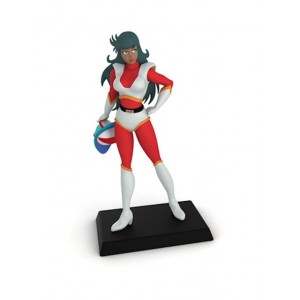